Urban Dwelling at its Finest in a Historic Neighborhood

Nestled between Downtown Portland and the verdant splendor of Washington Park, Goose Hollow is an idyllic neighborhood for urbanites. One of the original “Old Portland” neighborhoods, Goose Hollow checks all the boxes for big-city amenities with grand historic homes and modern condos rising among the hills. Within just one square mile, you can cheer on professional soccer teams, work out at the city’s most exclusive athletic club, shop farmers’ markets and upscale grocers, explore Washington Park, and catch the light rail train into downtown or elsewhere in the city.

Goose Hollow is home to the 25,000-seat Providence Park, which hosts games for both the Portland Timbers FC and the Portland Thorns FC. On game days, it’s hard not to be swept up in the excitement as thousands of scarf-draped fans make their way to the stadium. Next door to the stadium, the Multnomah Athletic Club (MAC) is Portland’s oldest and most exclusive athletic club. The 600,000 square-foot club features restaurants, event space, swimming pools, exercise facilities, courts of all stripes, and prime balcony seating overlooking the field at Providence Park.

If you can’t snag a ticket to the game or swing the hefty membership at the MAC, there are plenty of sports bars in the neighborhood to throw back a pint and cheer on the players. Other local food and drink attractions include the venerable Goose Hollow Inn, which serves up the city’s best Reubens in a historic tavern. The Leaky Roof Gastropub is a long-standing favorite for brunch while Driftwood Room at the Hotel deLuxe serves up craft cocktails in a swanky retro lounge.

Shopping for groceries in Goose Hollow is an utter delight. The neighborhood is home to the flagship store for Zupan’s Market, which features aisles of organic and sustainable choices along with a poke bar, an organic juice and smoothie bar, and a wine cellar. Every Saturday morning, nearby Portland State University hosts the city’s biggest and most beloved farmers’ market.

Along the neighborhood’s western edge, the 410-acre Washington Park climbs up into the forested hills above the city with stunning views. Its many attractions include the Oregon Zoo, Portland Japanese Garden, International Rose Test Garden, Hoyt Arboretum, tennis courts, an archery range, and 15 miles of hiking trails.

TriMet’s light rail train runs right through the heart of Goose Hollow, making it a breeze to get downtown as well as points east and west of the city. The neighborhood also boasts easy freeway access for venturing further afield. 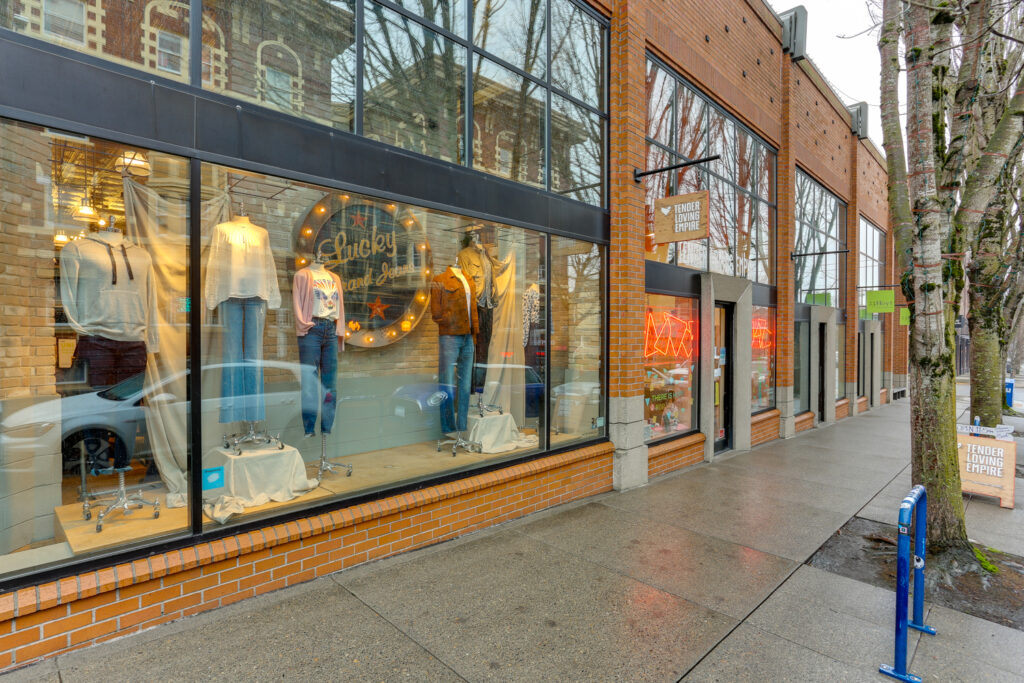